Are you just ‘sticking a plaster over it’? 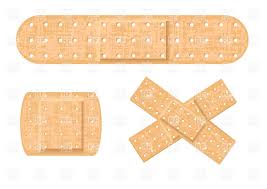 I have recently been reading a lot in menopause support groups and Instagram groups, about women asking for advice about their symptoms. I like to gain an insight into what woman use to alleviate their symptoms so that I can help women that come on  to my habit changing programmes.  But I am shocked and saddened by a lot of advice that is given to these women, and sometimes from medical professionals. Why aren’t woman encouraged to proactively find the “root cause” of the problem rather than given a generic solution that is just like sticking a plaster over it? The problem is not solved, the ‘plaster’ just hides it.

Everyday ‘problems’ which are normal and part of ageing could incorrectly be being blamed on menopause. Let me give you some examples:

If you look at the support groups, these symptoms have been blamed on the menopause or perimenopause, all of which can, apparently, be fixed by hormone replacement therapy (HRT) or menopause hormone therapy (MHT) as it’s being re branded. But what happens if you take HRT and the symptoms are still there?

HRT can only alleviate issues which are caused by low levels of oestrogen (and/or progesterone). Now, don’t get me wrong. I am NOT anti HRT, and in some cases, women NEED it especially in cases of:

But it is not a MAGIC FORMULA that will fix all of your symptoms, especially if those symptoms are a result of something else and not depleting hormones. You need to do some detective work and find the root cause of your symptoms.

Let me share with you some examples from some of the menopause groups:

So ladies, what is it to be? Find the root cause or stick a plaster over it?  It’s your choice.